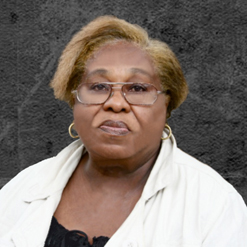 “I asked for a generic instead,” Althea explains, but this request was denied. She was once again told that she needed to go back to the doctor to be given a new prescription.

“I got upset,” Althea recalls. “I go to the doctor, they have my records, and they know what I need. When they [the insurance company] change it, then I don’t have a need to go and visit my doctor. It is like I should go to them instead when I am sick.”

Althea later went back to her doctor and was given a new prescription. This prescription was cheaper, and she was able to have it filled although she did not think that it was as helpful as her original prescription would have been.

Althea prefers to go to a regular clinic to see her doctor, because she says the hospitals always make patients come back another day and to wait in order to see a doctor. On a recent visit to her clinic, she went complaining about chronic pain in her head. After some questions and assessments, her doctor took an x-ray of her head and told her that she needed to have an MRI. She has been waiting for over two weeks for her insurance to approve her MRI scan.

Althea will have to follow-up herself to make sure that the insurance company sends approval of her scan. “Until then,” Althea laments “who knows what is wrong. This could be anything in my head,” and she continues to wait for a response.

“You pay insurance and Medicare,” Althea explains. “I pay for the services I need, when I need it. The insurance company doesn’t know what it is that I have in my head either, but it could kill me while I wait.” She then tells the story of her neighbor who died one week ago. She had had stomach pains and after it became unbearable, she decided to go to the emergency room around 7 P.M. that night. She did not go to the doctor because she did not want to or she could not afford to before. After waiting interminable hours in the E.R., her neighbor was dead by 11 A.M. the next morning. It was later confirmed that she died after having a polyp burst. Surely this tragedy could have been avoided if she had received help in time.

“ … Without knowing me, without having any of my records, they are deciding what I should or should not have,” talking about the medication and MRI test she needs in order to stay healthy.