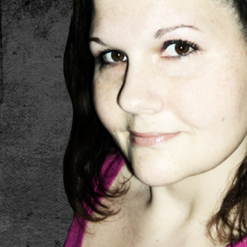 I never thought someone like me would end up a step therapy (fail first) nightmare. I was a hard working Webmaster/Web Department Manager at a busy Continuing Medical Education company in Irvine, when I started having classic signs of something wrong with my upper-spine, numbness in my hands, headaches and neck pain, but no one wanted to bother themselves with it. Not my employer, not the insurer, no one but me.

I spent TWO YEARS in useless physical therapy, begging for an MRI. They said it was unreasonable, I was young and healthy-but I knew when my hands failed to do what I wanted them to, something was desperately wrong. When I finally got the MRI, they found out I wasn’t whining for nothing, I needed surgery. Even though the idea of spine surgery scared me, I thought my nightmare would finally end, and I’d get better. I couldn’t have been more wrong…

I was on the Step Therapy highway to hell for another FIVE YEARS. First, they said they could fix the nerve in my arm, and I would be ok. They said they “couldn’t say for sure” the problem was my neck, the damage wasn’t severe enough?! When that didn’t work, I was told a 2nd arm surgery would probably do it. I became an emotional wreck. I also got all kinds of irrational treatments to somehow spontaneously fix the disc that was pressing against my spine in the shape of a kidney bean. This included injections that made me puffy, emotional and forced me to take days off after each one, the pain was so severe. It was starting to get really scary.

I thought my employer would fight for me because they needed me. Instead, they resented my time off for the unneccesary treatment and nerve surgery-things I was forced to do. Whenever I thought it wouldn’t help and I tried to say no, I was intimidated into a “yes.”

I was hurting more and more each day, and I felt like a science project. Half the things that were injected into me, I wasn’t told the names of, nor was I warned of the side effects. I was too sick to even be able to protest anymore… I had to spend 16 hours recovering from the 8 I was *still* working.

Cruel doesn’t begin to describe the evils that I experienced. What happened to me wasn’t just Fail First. I WAS FAILED. All of their own evidence showed the need for surgery, yet they fought against it for FIVE YEARS. Their tactics seemed to be: “Delay, Deflect, Deny.” Through it all, I did everything they said-I was the obedient patient who thought they were looking out for me. At a certain point-I was begging for the surgery-for a return to my stolen life-and they still did nothing to help me. They had a checklist that would save them money somehow-I didn’t matter. I never factored into the equation.

The saddest part of all: by the time they finally granted my necessary spinal surgery, it was too late. It only made things worse for me. The nerve damage was so severe over the course of all those years, nothing would help at that point. And when it didn’t help, they pointed a finger of blame at me. Like I didn’t want to get better?! Like I hadn’t begged for help for nearly a decade?!

Eventually, I lost everything I had worked so hard for: my wonderful job that paid well because I worked my butt off, my home in a beach community of Orange County & almost, my life. The pain got so bad, I almost killed myself. Twice.

I finally found the right treatment for me by what can only be described as a miracle. But, it only happened when I went outside of my insurance and fought for my own life, on my terms, against their wishes. If I hadn’t, I’d be dead.

Because the nerve damage caused my the disc pressing on my spinal cord is PERMANENT, my spine is now a mess of misfiring, zapping electricity. At times my extremities feel like they’re on fire. Nothing can stop the pain completely. I live with Central Pain Syndrome and a spine that will continue to get more & more damaged. What I experienced can only be described as medical neglect.

A person’s chronic pain should not be ignored, whatever the cause. No one tells you there is something WORSE than chronic pain, but I am living it. Intractable pain is what happens when chronic pain is not adequately treated (Relieving Pain in American IOM, June 2011). I am one of many Californians who live with CONSTANT severe pain. This shouldn’t be! Please stop this epidemic in its tracks.

After being through all of this, all I can do now is present myself as a cautionary tale. No one deserves to have their life, their hopes, their dreams stolen from them by an antequated idea that a checklist is the way to treat each person’s symptoms the exact same way, no matter the outcome. We are individuals! All the advances we have seen in medical history should PREVENT people like me from continuing to be churned out… I am a living, breathing example of what is WRONG with Step Therapy. Isn’t that enough?