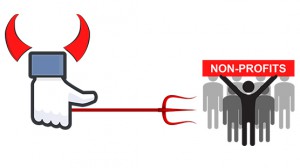 Facebook recently changed its algorithm, which severely limits what people see in their newsfeed from pages they “like” – to as few as 1% of that page’s followers.

This hurts non-profits that provide information, support and inspiration to people who want and need it. The only option is for non-profits to pay to promote posts, which is prohibitive.

Thousands of non-profits, without much money, had dramatically improved their reach into worldwide communities, improving the environment, human rights, medical care, economic conditions and other critical issues that determine society’s quality-of-life.

Facebook, the company that is on track to make more than $2 billion in profits in 2014, is strangling this humanitarian effort in order to make a few more bucks.

Tell Facebook to change its algorithm for non-profit organizations so that everyone can get the help they need.

Indiana State Senator Michael Crider (Senate District 28) has introduced legislation (SB 41) that is intended to help Hoosiers gain access to the specific medications that are prescribed by their doctors, according to U.S. Pain Foundation.

Step therapy and biologics: An easier road ahead?

Laws recently passed or under consideration in state legislatures may offer some relief to physicians and patients dogged by the “step” or “fail-first” therapy protocols mandated by insurers, but until better clinical evidence is available to support treatment decisions and biosimilars reduce costs, clinicians must strategize to get patients through the step pathways as fast as possible.

I am writing to you today on behalf of the more than 80,000 members nationwide of CreakyJoints.org, a part of the Global Healthy Living Foundation, to express our support for A02834-A / S03419-A, an act to amend the insurance law, in relation to the regulation of step therapy and first fail policies. More than 15,200 members of CreakyJoints live in New York State, and I write to you on behalf of those residents living with chronic pain.

California health insurance plans are jeopardizing patient health by moving vital medications to so-called “specialty tiers,” which place the cost of treatment beyond the reach of most patients and which may be illegal under both California and federal discrimination laws.

What is research and why should you care?

In, “What is research and why should you care?” Ben Nowell, MSW, Ph.D., Director, Patient-Centered Research, Global Healthy Living Foundation, discusses what research is and why the CreakyJoints Community should care.

It is NOT Healthy to Fail First 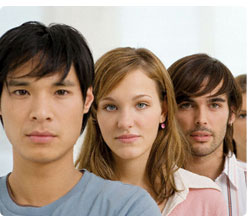 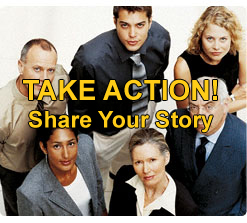 Fail First is used by health insurers to control costs. It is time-consuming from a physician and patient standpoint, is more expensive from a direct and indirect out-of-pocket cost perspective, denies patients the drugs they need when they need them, and allows payers to practice medicine without a license.

“My name is Janet Scott.  Just recently, I was refused a prescription of Savella and my pharmacy filled Effexor in its place for my fibromyalgia.  I was told by my insurer (Heating Piping and Refrigeration Medical Fund) that I need to speak to Express Scripts, because they no longer handle prescription coverage and have transferred the coverage for all prescriptions to Express Scripts.  The phone conversation with the patient advocate person went around in circles as she told me i cannot have the Savella, until I went through Fail First (step therapy).  I could not believe it, my doctor had told me that it’s time to start Savella, so I should take Savella not Effexor.  I have been through various other drugs for my chronic pain, and not to mention the round the clock Tylenol and Ultram to alleviate some pain.  I refuse to take a drug that do not work for me, it’s time for us to join together in our efforts to eliminate Fail First.”

“Can someone tell me how Step Therapy can be legal? As I see it, when a physician sees a patient and writes a prescription, that drug should be dispensed. How does an insurance company or pharmacist (or for that matter a physician in their employ) who has never seen the patient, have the opportunity to provide any input into the treatment of that patient? It is unethical and grounds for a lawsuit if a physician prescribes a drug to a patient without seeing the patient. What gives the insurance company the right to do so? Seems to me this is a loophole that the companies are exploiting, and we need to stop it!” 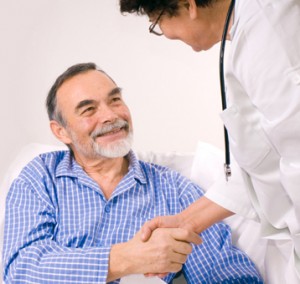 Fail First policies — also known as Step Therapy — are often an insurance practice which requires the least expensive drug in any class to be prescribed to a patient first, even if a patient’s physician believes a different therapy is medically in the best interest for their condition.

There are currently no time limits or restrictions placed on these Fail First policies. Patients, including those with serious and degenerative medical conditions, can be forced to prove that cheaper and often less effective treatments have failed to adequately treat a patient’s condition for an indefinite period of time before the agent initially prescribed by the physician is paid for by the insurance company.

This practice has the potential to result in serious negative consequences for consumers and the public health system. By limiting the array of medication options, both physicians and consumers are forced to compromise their treatment decisions in a way that is dangerous, time consuming and more expensive in the long-term.