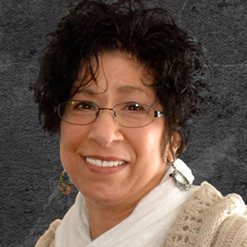 My name is Janet Scott.  Just recently, I was refused a prescription of Savella and my pharmacy filled Effexor in its place for my fibromyalgia.  I was told by my insurer (Heating Piping and Refrigeration Medical Fund) that I need to speak to Express Scripts, because they no longer handle prescription coverage and have transferred the coverage for all prescriptions to Express Scripts.  The phone conversation with the patient advocate person went around in circles as she told me i cannot have the Savella, until I went through “Step Therapy”.  I could not believe it, my doctor had told me that it’s time to start Savella, so I should take Savella not Effexor.  I have been through various other drugs for my chronic pain, and not to mention the round the clock Tylenol and Ultram to alleviate some pain.  I refuse to take a drug that do not work for me, it’s time for us to join together in our efforts to eliminate “fail first.”

I just wanted to update everyone regarding the rollercoaster ride with my insurance company and the prescription drug management of Express Scripts. When I realized what I was going through was called ‘fail first,’ that’s when my outrage led me to contact you.

I was prescribed Savella for fibromyalgia (FDA approved) by my rheumatologist. The same day, at the pharmacy, I found Effexor in the bag instead of what my rheumatologist had prescribed.  I made various phone calls to my insurance company, Express Scripts to inquire about what had situation. The entire month of October my pain levels were off the charts.

I received a denial letter from Express Scripts for Savella. It stated that I must try Effexor, Paxil, then Prozac.

Side note: It was during this time that my interview was posted on Fail First Hurts (many thanks to the GHLF team).

My pain levels were not responding to my over-the-counter and prescription Ultram, so a visit to my primary care doctor resulted in me being prescribed Oxycodone. She too was outraged with the fail first policy.

Being so angry and outraged (amplifying my pain), I made one more call to Express Scripts. The “patient advocate” (the 4th one I’ve spoken to) again stated that Effexor, Paxil, and Prozac must be tried first.  At this point, I was so upset that I asked to speak with her supervisor.

Please note that the name of the supervisor has been changed:

“Yo, Tommy here, what can I do for you?” These were the first words I hear from the supervisor on the phone, and at that moment I realized I had nothing to lose. I used terms and phrases like: “illegal,” overriding my doctor’s orders, practicing medicine without a license, and who the #%! do you think you are?” After my rant with “Mr. Tommy the supervisor,” he put me on hold, while he did “some checking” and returned telling me, “You have been approved for Savella! I don’t know how it happened…” These were the exact words this man said to me.

Apparently, my Savella Titration Pack prescribed on October 1st, was “miraculously approved” on December 3!   Don’t get me wrong, I do believe in miracles, but this two month fiasco is a prime example of insurance/prescription drug management companies jerking patients around.

Each patient needs to personally fight this illegal step therapy practice as I did, along with the help and exposure of Global Healthy Living Foundation. Yes it takes energy, most if not all of us don’t have. I am a fighter and will continue in this battle for myself as well as others.

For the record, the Savella has tremendously helped with the fibromyalgia pain.

My thanks to you and everyone at CreakyJoints and GHLF,
Janet Scott

What would you tell insurance companies if you could right now?

If given the opportunity, I would tell my insurance company, that certain drugs are being withheld, which prolongs treatment, which prolongs the pain level, in order to get to the medication that has been prescribed, you’re putting me through unnecessary pain and stress and it’s wrong to put patients through this.  You know, to have to wait and go through side effects, that are basically unnecessary, while patients like myself are waiting to go through this whole system that they have created to maybe, eventually, get to the drug, the one drug that, is actually FDA approved, so it’s just prolongs treatment, which is wrong.  I don’t see how they can make that decision to override a doctor’s decision, a physician’s decision.  I feel it’s wrong for them to step in, an insurance company to step in and decide what type of medication you should receive.

What would you say to the law makers who can fix this?

Lawmakers need to understand, the patients position in this and I feel that, my health is between myself and my doctor.  And I understand that insurance is there to help in the financial sense, not the medical sense.  And law makers need to, just not sit their office, they need to listen to people like myself.  Maybe they have family members, what if it was one of their family members because arthritis knows no age.  What if they were going through this, in fact, I think that’s what I would stress with a law maker, put yourself in this situation, what if it was your wife or your child, that you are watching, having to go through suffering, before a medication can be reached, obtain perhaps for some relief, but we have to go through this “Step Therapy” that has now become the rule, the rule of thumb, regardless, and so I would love lawmakers to go through this.

What would you say to other going through this?

For others like myself, going through this same situation with their insurance companies, with perhaps medication that a doctor had prescribed, that has been denied by their insurance, when they go to pick it up thinking…. When I went to the pharmacy and I’m thinking Savella, maybe this will give me some relief.  And the let down, the disappointment, to experience the disappointment, I feel other patients pain…  Just to ban together and make their voice heard, it takes time, which, when you’re in pain, time is very difficult.  I believe that there will be a solution to this, if we all work together with doctors and people like CreakyJoints, to have our voice heard.