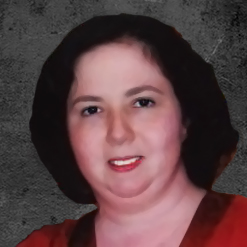 My name is Maria D’Orsaneo and I am a 39 year old woman with Juvenile Rheumatoid Arthritis (JRA) diagnosed at birth. It is common for those of us with one autoimmune disease to develop others as we age. For myself these include thyroid disease, Vitiligo, and Fibromyalgia (although the link with autoimmunity is a recent theory).

Living with JRA has been a constant battle, often uphill and never easy. After 39 years most of my joints are either replaced or severely damaged. I was fortunate over the years to maintain some “normalcy” in my life as I always reacted well to medications. Granted they would have to be changed after many years when my disease would find away around them. However, I was able to attend college and graduate school. I am a licensed Physician Assistant. I worked for nine years in internal medicine but in November 2008 had to resign due to my illnesses.

I have taken many medications in the past: Gold injections, Plaquenil, methotrexate, Arava, Imuran, Enbrel, Ornecia, Humira, Celebrex, Feldene and prednisone.

Prior to my forced retirement I was taking Enbrel for well over ten years. I began to develop many upper respiratory infections, so my Rheumatologist and I agreed it might be time to try another drug. After two months on Humira it was obvious the medication was not working although I kept working. Because of the pain, I agreed to go on steroids for a short period. The next step was an IV biologic medication. I always had good insurance but was used to some delay in treatment due to insurance requiring prior authorizations. My Rheumatologist advised me to stop the Humira for two weeks prior to starting the IV medication, but it took one month for the approval then two weeks to set up the appointment. In effect, I was without any rheumatoid drug in my system for one month. This caused the single worst relapse in all my years with this illness. This was a major factor in my retirement after which I went into a Major Depressive Episode and for the next 18 months was in and out of psychiatric hospitals. To this day my health has never recovered.

What insurance companies do in an effort to save money actually wind up costing them more. The use of prior authorizations which always cause some treatment delay could cause a relapse in diseases which quickly deteriorate your body. In my case it cost me my career, home, independence, and mental health. I am on more medication now than I have ever been and certainly use more health care dollars than ever before. Joint replacement surgeries, leg braces, mental health care and more specialized care for chronic pain all contribute. It makes no economic sense. It certainly is not humane.

Lawmakers need a better understanding of the consequence of delayed care due to prior authorizations or step therapy. They also need to be reminded that most of the time, the doctor does know what is best for their patient, not the insurance company. Having worked in medicine, I have seen a steady decline in the respect given to doctors in regards to treatments and testing. I have seen the utter discouragement of patients unable to get medication they had taken for years because someone who does not know them decided not to pay for that medication anymore. And no, the substitute drug does not always work as well.

It is time to educate the average person of these potentially life altering practices of step therapy and prior authorizations. At some point it will effect everyone. We give education to empower. I believe the last few years have proven the power of the unhappy voter. My advice to people with problems of access to care would be to start at their local congresspersons office. And spread the word to others.