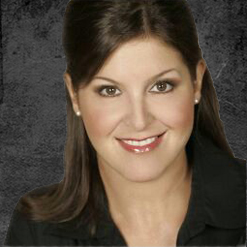 How long ago were you diagnosed with Rheumatoid Arthritis (RA)?
I was diagnosed 11 years ago.

Do you have any other conditions?
No.

How does RA affect your lifestyle?
I get fatigue, aches and pain in joints. I excercise and keep moving, despite the pain, it makes me feel better. As long as I take my medications, my lifestyle is basically the same. I just cant be stressed out, or over do it. But I am doing well, and if I was not on my medications, it would definitely affect my life more negatively.

What are some of the medications that you have to take?
I was finally approved for Enbrel, Naproxin and Methotrexate.

What doctors do you see? How’s your relationship with your doctor?
I just see one doctor, my Rheumatologist. He has taught me a lot and because of him, I am able to lead a better life. When I was first diagnosed I couldn’t even open my hands, I could hardly walk, and I had a very bad inflammation. Because of his help, this initial rheumatologist I went to is the same one that I continue seeing today. I have to travel a little bit to go see him, but it’s worth the effort. He really takes personalized interest, and gives attention to his patients. He doesn’t treat you like another number in the waiting room; he is really interested in your personal care. I believe it is really important to have good relationship with your doctor, especially if you have a chronic condition.

Tell us about your insurance.
I have a state insurance carrier that is in Florida, but I had to fight to get my prescribed medication because it wasn’t covered. My doctor prescribed Enbrel and the insurance company said that they would not pay for it, because they did not cover the injectables under HMO plans.I had to file several grievances and make a very big deal before I was able to get this medication. Prior to this, I had tried another medication for a year that had been covered by my insurance, but it was not working anymore. After it stopped working, the doctor decided to go with the injectable, Enbrel, but the insurance company said that they would not pay for it. My doctor sent several messages to my insurance, explaining that if they did not pay for the injectables, I would end up in a wheelchair and would require several surgeries that would cost them more in the long run. I was one of the worst cases of RA that my doctor had ever seen and it was imperative that I started treatment quickly. As you know, RA is a degenerative disease and damage done to my joints cannot be reversed. The insurance company said no again, and I had to go on a letter-writing campaign and even made an appearance before the board. It was a big hurdle, but eventually I got them to pay for my medication. I attribute our success of getting the needed medication to the perseverance between taking my health into my own hands, my doctor’s office.

What would you say to other people fighting the same struggle?
I would tell them to do the same thing I did, you have a right to file grievances, so file as many grievances as you can. File a grievance with the insurance company and file a grievance with your state, which is what I did. Make as many phone calls as possible and write down names of contacts to remember who you spoke with. Write letters, personally go and meet with the grievance board of your insurance company. Let them know that you are actually a person and not just a number, let them get to know you, let them know how this disease is affecting your life and let them know what may happen if you don’t get the medication you need. And the most important part, don’t give up!

What would you say to the legislators and people in power who can change the way insurance companies are treating chronic patients now?
Getting a chronic disease is something out of our control. I didn’t do anything to get RA. It’s not my fault; it just happened. Someone has to speak up for the people. You have to treat people like human beings as you would treat members of your own family. I think that the legislators need to speak for the people, and be more compassionate. Preventative care is something that is extremely important because it can control problems down the road. There are also people who are not very articulate or who just do not feel like they have the power or lack the confidence to advocate for themselves. Who is going to speak up for them? Somebody needs to help them because they sometimes can not fight for themselves. So that is what the legislators need to do, they especially need to speak for these kinds of people.