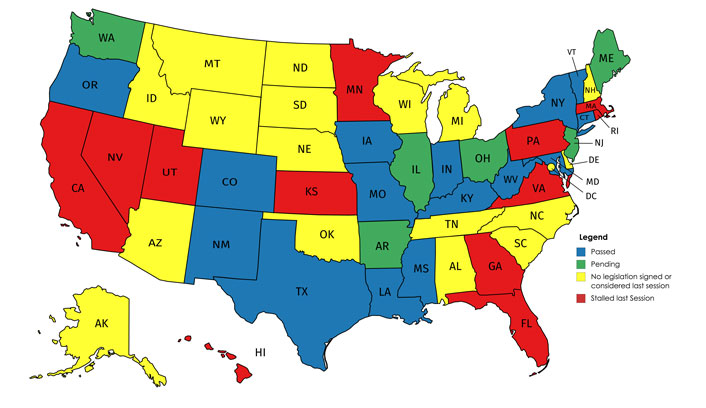 In 2011, Louisiana became the first state to pass regulations on acquiring an exception to step therapy protocols. Since then, 14 other states have passed legislation regarding the process of creating step therapy protocols and the exceptions to step therapy. Many other states are currently considering step therapy legislation in addition to a federal bill that is currently in the works and modeled after the Ohio step therapy bill. The biggest difference between the federal bill and the various state bills is in the areas of impact. The federal bill will hopefully regulate all commercial plans across the entire country, while the state bill has the opportunity to fill in the gaps by regulating public plans, like the bill in Texas to regulate Medicaid, or selected group plans, like the bill in Iowa to regulate HMO’s. State bills also have the ability to target specific diseases as well, like the bills in Georgia and Maryland that target step therapy protocols related to certain forms of cancer. Many of these bills contain similar language to the model bill put forward by the SAIM coalition that attempts to put a greater emphasis on patient protections. 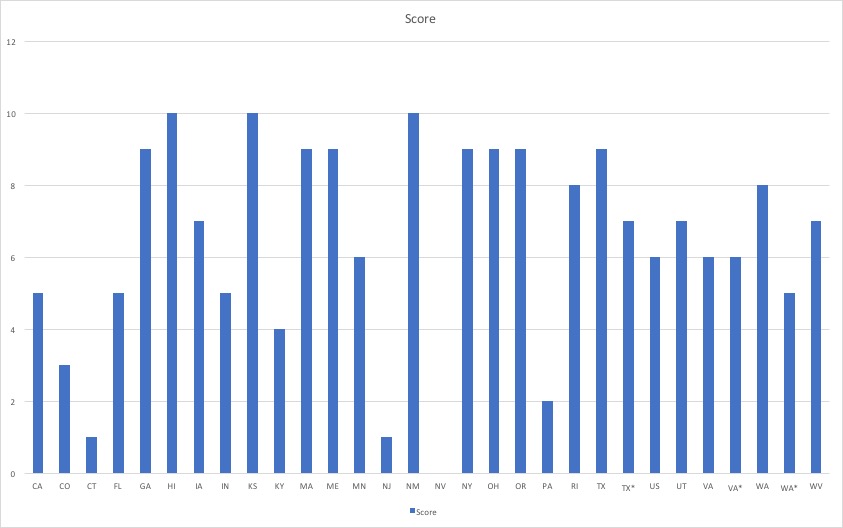 Our focus on Patient Protections

At GHLF, we looked at every bill currently related to step therapy and scored them on how strong they protected patients. Out of the model language, we selected areas that we believed made the bills more patient friendly. GHLF then assigned 1 point to all bills relating to Step Therapy which included the following:

After scoring, we believe that the New York bill is one of the strongest bills regulating step therapy protocols that has been signed. It contains an explanation of the necessity of uniformed protections for step therapy, a timeframe for responses, along with a basis for developing step therapy protocols and exceptions. However, there are still 35 states that have not passed any legislation related to step therapy which means that there is a lot of work left to be done.

What kind of advocacy can I do if a step therapy bill has already been signed in my state (Blue on the map)?

In some cases, you are the type of advocate that we need the most. Begin to educate yourself on the specific aspects of your state’s bill. New York’s state Department of Financial Services generated a Q & A for health insurers to better understand the override determination request process for the step therapy protocol, we also think this may be beneficial for anyone living in New York. Another thing that you can do as someone living in a state that has already passed regulations is to ensure that regulators are following through on what the bill promises. Be the watchdog that protects patients who may be unaware that step therapy is hurting them.

What should I do if a step therapy bill is currently being considered (Green on the map)?

ENGAGE! Reach out to the GHLF team if you need help but this is the part of the process where you can be the most impactful. Legislators need to hear from their constituents early and often if we want these bills to have the best chance at passing. Share stories with them about how step therapy has negatively impacted you. Explain to them that the savings that insurers claim these protocols lead to, are not being felt by the patients. The louder on this issue that we are as a community, the better chance we have at standardizing step therapy protocols across the country. If you need any assistance, call GHLF and we can help provide you with the people to call and the talking points to mention.

What should I do if my state does not currently have anything (red or yellow on the map)?

Those are the states that need your passion and your personal stories. Call your local representatives and tell them about the issues with step therapy. Take it upon yourself to open their eyes to the difficulties faced by people with autoimmune diseases who are subjected to these protocols. Use your experiences as a way to get the ball rolling in your state. If you need any assistance, call GHLF and we can help provide you with the people to call and the talking points to mention.