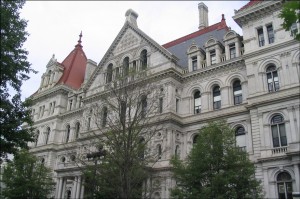 ALBANY — Legislation regulating First Fail protocol and providing a clear and concise process for providers to follow did not move out of the Insurance Committee in either the Assembly or Senate.

However, there will be Committee hearings over the summer and early fall on this issue.

If Committee Members are convinced that there is enough support for this legislation after hearing testimony it can move out of committee in the next session.

Sign the petition calling for passage of this bill